Far North Will Be Getting Lower Prices Soon 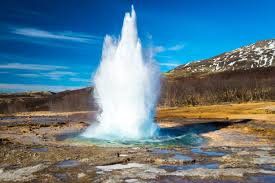 Far North Will Be Getting Lower Prices Soon

Good news for Far North residents: you will soon be saving on your electricity costs!

Top Energy’s new geothermal plant near Kaikohe is not only expected to finish eight months early but will produce 25 percent more power than originally planned. The end result? A 32-megawatt generator at Ngawha in October 2020 that will reduce electricity costs for 64,000 Far North residents.

The $300 million expansion is expected to alter the shape of Top Energy’s business and the way electricity is delivered to affected area residents.

There was an incentive for Israeli energy firm Ormat Technologies to complete the job early. The deal? Any power revenue produced before the expected handover date of October 2020 was to be shared between Ormat Technologies and Top Energy.

Now that the build is on schedule to be completed by June 2021, Ormat will see a financial payoff from its hard work. The power station, expected to produce almost 32MW, will start generating energy around August 2020.

Power consumption is expected to continue to increase as New Zealand sees more electric cars on the road and works toward becoming a carbon-neutral country.

If monitoring shows no negative effects on the geothermal field and nearby hot pools, another 32MW unit is expected to be constructed on the same field after 2023.

Top Energy’s Chief Executive Russell Shaw is excited to see the new plant’s positive effects on area residents. Instead of being one of the most expensive regions for lines, Far North will soon become one of the least expensive.

The discount on power to customers will depend on how fast debt from the generation projects is paid down. Top Energy expects the lines to be free, or almost free, by the year 2030.

Beginning next year, the company will draw five percent of its power from the national grid. Almost permanent status is expected by 2026 when generational activities will make up more than two-thirds of the business.

Originally, the majority of the new plant’s earthworks was expected to take place over three months. However, New Zealand’s good weather resulted in it being done in only two.

All six geothermal wells drilled by Icelandic Drilling were successful, further expediting the project along. Three of these wells will be used to extract hot fluids whereas the other half will re-inject the fluids back into the geothermal field.

Keep a close eye on your energy rate with Switchme! Sign up today to be one of the first to be notified of energy price increases in your area.